Why the fear of Māori representation?


02 December 2011
Why the fear of Māori representation?

Responses to the issue of Māori representation suggest some deeply rooted fear amongst opponents.
Last Friday it was reported that the Whangarei District Council voted against Māori seats. Over the past month councils around the country have voted similarly except for Waikato Regional and Nelson City Councils.

In a Gisborne Herald column (16 Nov) Gisborne District Councillor Manu Caddie addressed the most common concerns in relation to Māori wards.
Gisborne District Council and all local authorities around the country would do well to engage in more informed and meaningful dialogue around this issue. Robust conversations among communities, iwi leaders, hapū members and councils would result in better understanding of what Māori wards could deliver.

One example of where better Māori representation could benefit everyone is in the area of waste water and sewerage. Currently around the country Māori groups (often alongside Pākehā groups) are fighting to uphold their responsibilities as guardians over natural resources.  Hapū are concerned with the long term well-being of rivers, lakes and harbours. Accountability to whānau requires hapū to protect that resource as a taonga, a source of food and spiritual nourishment. Yet hapū are battling short term planning that often favours cost-cutting and ‘developers’. At the core of these struggles is a reluctance to share power. There is a refusal to acknowledge expertise held by local Māori over hundreds of years of care for that resource. There have been ‘economic’ waste-water decisions made over 30 years ago that have done nothing but explode wider costs by ruining waters and ecosystems, eventually ending up in expensive litigation. Having proper hapū representation at the decision table 30 years ago may well have saved the natural resource and public finances. This would have been good for ALL of the community.

A letter to the editor in The Star (Dunedin) from Peter Aitken refers to Māori representation as ‘racist’. He further aligns the concept of Māori wards to the oppressive regime of South African apartheid. That apartheid system treated black people as subservient on the principle that they were lesser human beings. In fact through the ongoing denial of human rights, inhumane denigration, disgusting humiliation and outright murder, black people were treated as barely human at all. Affirming Māori rights in relation to natural resources guaranteed by the Treaty of Waitangi will not diminish any human rights for non-Māori. Māori representation will not subjugate non-Māori as lesser human beings. It does not deny non-Māori their dignity and existence, nor exclude their active participation in decision-making.

Another flawed line is that Māori should reject ‘special treatment’ as patronising. It is that argument in itself which is patronising. It comes from a level of ignorance and prejudice that uses the term ‘special treatment’ in the first place. The issue is instead about rectifying the systemic structures that have denied Māori having real input into resource management issues that they have always been entitled to under the Treaty.

The current democratic process has failed to deliver Māori representation. Whatever the arguments, we are still left with the fact that Māori are not recognised as sovereign stakeholders. This sovereignty was guaranteed under the Whakaputanga Declaration of Independence, the Treaty of Waitangi and endorsed in the UN Declaration on the Rights of Indigenous Peoples. It is the basis upon which Tangata Whenua agreed to welcome other peoples to our lands.  Whatever the model, it is Māori upholding their rights and responsibilities as hosts of this land which has to be the outcome. Māori representation is not an outcome in itself.

Māori cultural values and worldviews offer this country a rich source for planning and development. At the heart of these values are notions of kaitiaki and manaaki – to look after, care for, and treat with respect. Those are the endeavours of tino rangatiratanga/sovereignty and sustainable economic development.  Those opponents of Māori representation need to come to an understanding that at the heart of the Treaty – is not what you think it is. 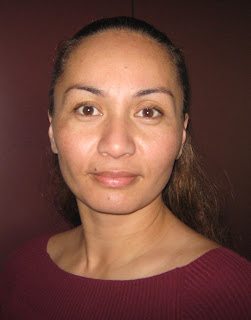 Posted by Whaainga Wāhine at 3:17 PM